How will the Coronavirus affect yours, mine and everyone elses finances?

In my last piece, I talked about the financial situation we were in before this coronavirus pandemic. In this article, I'm going to talk about right now.

What will happen to my job? What about my mortgage? How about the stock market and my pension? How will the UK governments stimulus package help me personally and the Economy generally?

Firstly it's important to remember that the typical way that we've gotten out of these downturns is for the central bank to lower interest rates. If the interest rate is 15% and the bank of England reduces it to 7%, suddenly it is becoming cheaper to borrow money.

If it's cheaper to borrow, obviously more people will do it, to invest in their businesses, to buy houses, to buy cars and other items. It will make the Economy expand.

However, here’s the big problem now – We can’t take the interest rates any lower since they are at or close to zero. So What has Rishi Sunak, our Chancellor, done instead? Well, he has put in a significant stimulus of three hundred billion pounds.

The stimulus is effectively using the 'printing more money' method of boosting the Economy. Now I'm not saying that can't work. There's lots of evidence to say that the US government's stimulus packages in 2008 and 2009 helped pull the global Economy out of recession.

How a Stimulus package can increase inflation

In the chart above, a hundred billion pounds in the money supply divided by one billion articles = £1 per article. But if Rishi Sunaks stimulus is an extra fifty billion, you will have the same number of items but 50% more money. So the price will go up for an average item to one pound fifty.

But there's also a danger here. The same approach was used by the Weimar Republic in Germany to attempt to pull the german Economy out of recession. It caused massive inflation. People's lifesaving were made worthless in a matter of months.

Aman with a wheelbarrow of money to buy a loaf of bread in Germany in 1923.

The price of a loaf had gone from sixty-three marks in 1918 to two hundred billion marks in 1923. So this is the big picture view of the Economy.

Goldman Sachs is predicting a 24% drop in our GDP next quarter, which has never happened in living history. To pick one example, Insurance, will be in dire straits. Many people are claiming right now – loss of income, holiday cancellations, mortgage insurance for people who've lost their jobs.

Insurance companies will not have anticipated having to pay out such large sums of money. If they go bankrupt (as AIG very nearly did in 2008, when thegovernment bailed it out for $70 Billion), then it will have a knock-on effect on many other businesses too.
In terms of Sunak’s bailout. Firstly for self-employed like myself currently, Sunak reveals coronavirus bailout for self-employed, but they must wait until June.

Sunak reveals plans for the self-employed

£50000 is an arbitrary cut off point for this payout. It is evident also that numbers of self-employed will continue to earn (cf taxi drivers), and will be receiving a taxpayer windfall, made even less justifiable if profits have they have historically understated them to evade tax.

Some companies (BBC included) compelled their employees to set up and use service companies so that the companies avoided national insurance contributions. These workers will now not benefit from the employee scheme or the self-employed scheme.

The “mortgage holiday” that the banks have promised is also somewhat misleading. Sure, you will not have to pay your mortgage for the next three months. Also, fortunately, that will not affect your credit rating.

But the banks will be adding the unpaid interest to principal, and increasing the future instalments to achieve the same return on loan. It is, therefore, a pure cash flow palliative with no effect on the banks' return or profits.

It is a "holiday" in the same sense as an employer today giving an employee seven days immediate leave, but requiring that the employee work seven days through his regular Xmas vacation - typical bank smoke and mirrors. 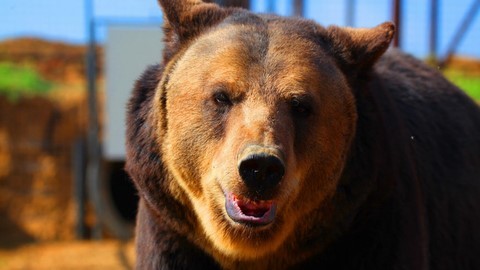 People keep telling me that I need to be more upbeat and positive. So in that spirit, here’s a picture of a cute bear, which is also appropriate since we head for a ‘bear’ market. 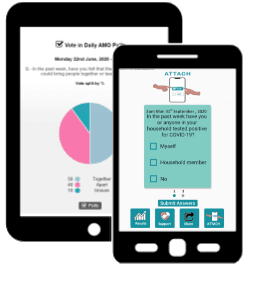